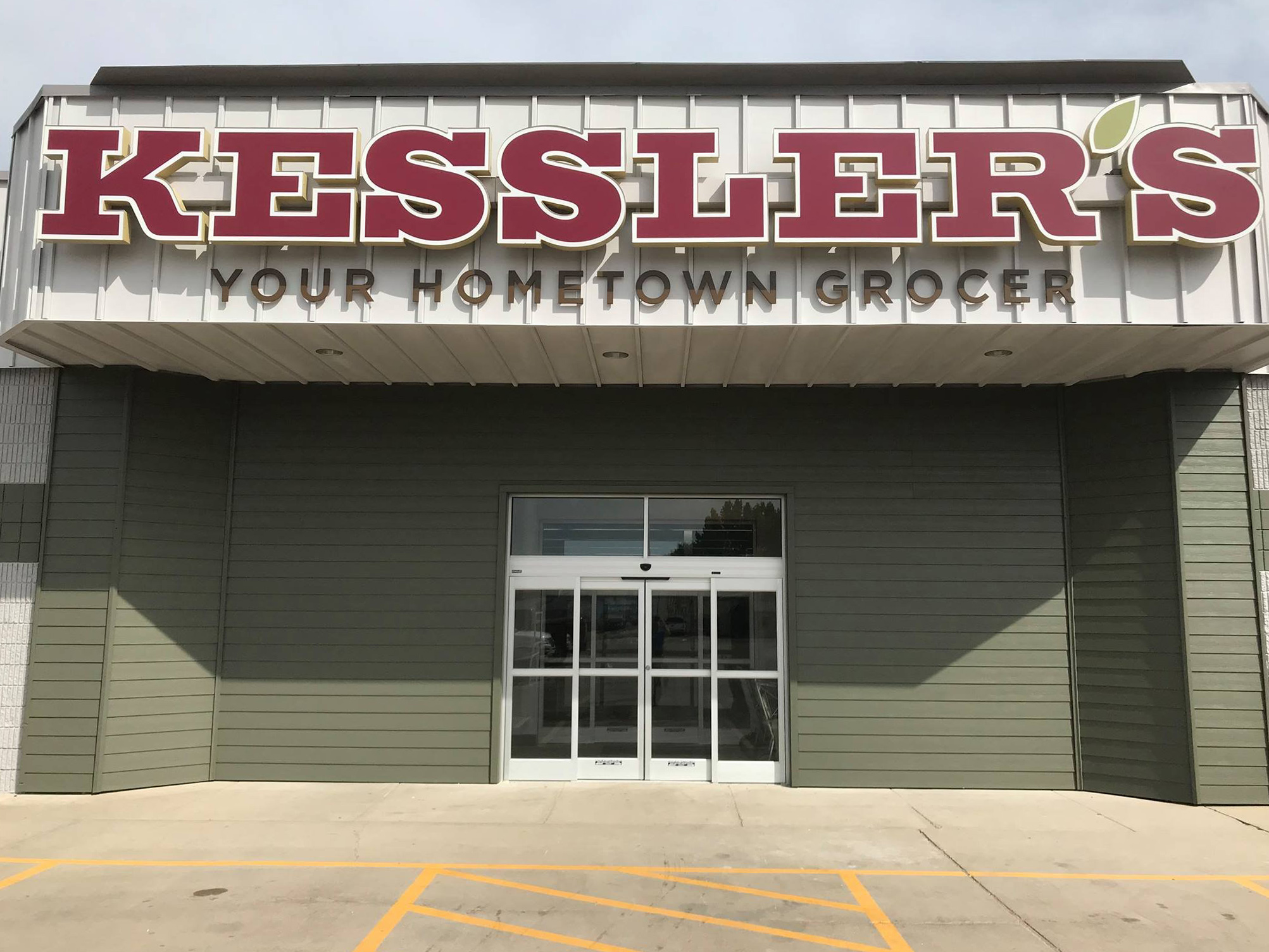 The intersection of Highway 14 and Highway 45 in South Dakota is neither just a stopping point on the journey from Huron to Pierre, nor the site of two historical steer statues that mark the gateway to Miller, a town of 1,366 people. Since 2018, this intersection has been the site of Kessler’s of Miller, a grocery store cherished by the community as the domino that has since kicked off a flurry of business activity in Miller, home to the Hand County seat.

As the regional hub for nearby towns, including Highmore, Harrold, Wolsey, and Wessington, Kessler’s isn’t the first grocery store to come to town, but it’s certainly a shining light in the region, says Kecia Beranek, Executive Director for On Hand Development Corporation, who, together with various partners, including Dakota Resources through a Capital Investment Fund loan, helped bring Kessler’s to town four years ago.

While the push to bring Kessler’s grocery store – and the grand opening itself – took place before Beranek took the helm at On Hand Development Corporation in 2019, the excitement and energy that the storefront brought to the community of Miller and to the region as a whole didn’t go unnoticed. Early renovations like installing new, state-of-the-art coolers and attractive lighting offered timely upgrades to the store’s environment, and the management team’s commitment to offering fresh, high-quality produce gave Miller residents all the reason to shop local.

Additionally, the installation of gas pumps and a customer loyalty perks program in 2020 further ensured the impact of Kessler’s would go beyond the city limits of Miller. Kessler’s prime location at the intersection of two major highways in South Dakota, as well as its proximity to other businesses, like Ace Hardware, which recently came under new ownership and subsequently expanded, and South Dakota Arms, a firearms dealer that has made significant investments in their facility, have made the case for travelers across the region to stop and stay awhile in Miller. 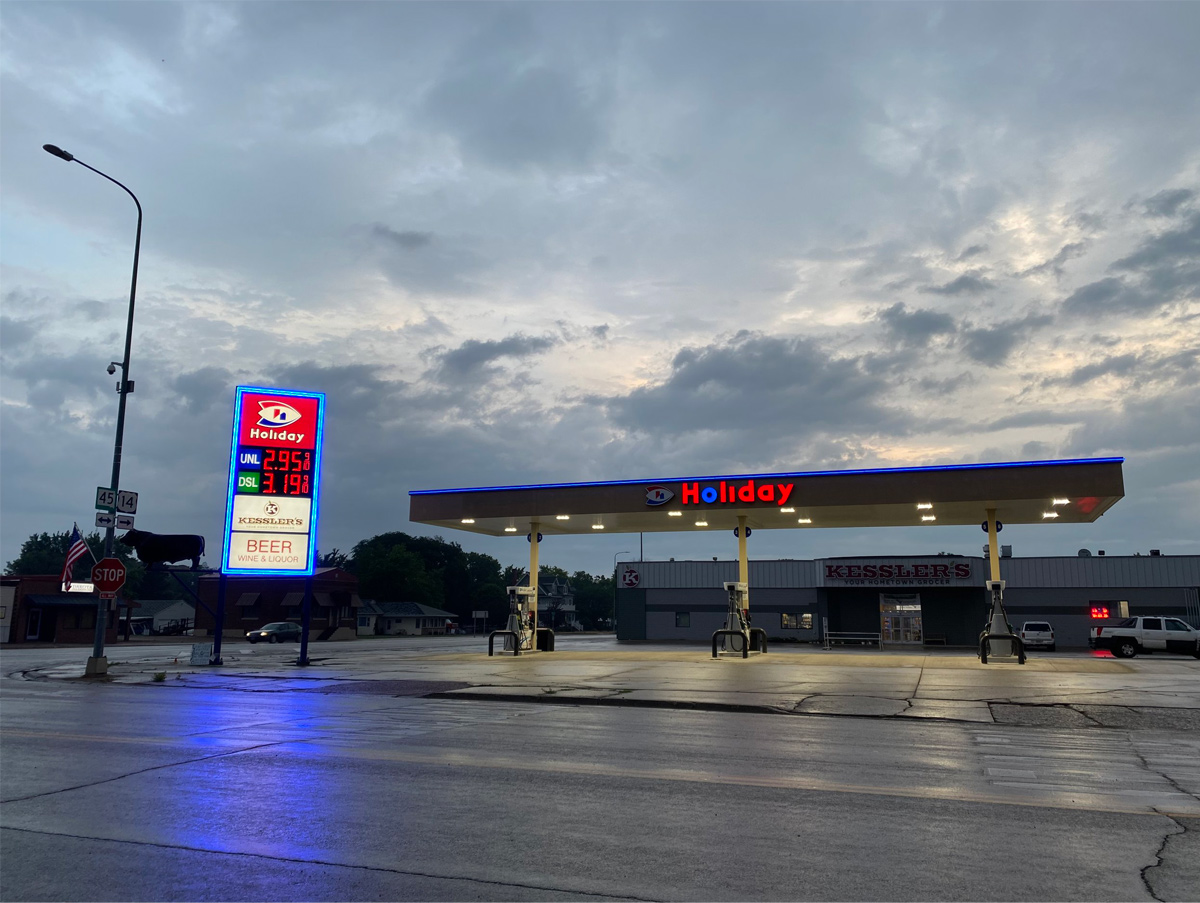 Kessler’s Grocery Store is conveniently located on the corners of Highway 14 and 45, allowing for easy access to people traveling through. Photo credit: Kecia Beranek

“I visit with business owners on a regular basis, and they’re all seeing an uptick of visitors coming from out of town; you see license plates that aren’t just ‘33’,” Beranek said, referring to the first two numbers on the South Dakota license plate that designates cars from Hand County. “People are coming to town to get their groceries and are staying to do other things. The impact of Kessler’s on the corner of Highways 14 and 45 has been contagious; they invested in their business, and it’s been a domino effect to see that all of this business activity started on that corner with Kessler’s.”

The grocery store’s impact is also making financial waves in Miller, with meaningful increases in sales tax the past three years, Beranek said. And while Beranek continues to see growth in the Miller business community, it’s the grocery store’s willingness to adopt the town’s history and traditions that makes Kessler’s special to Miller residents. 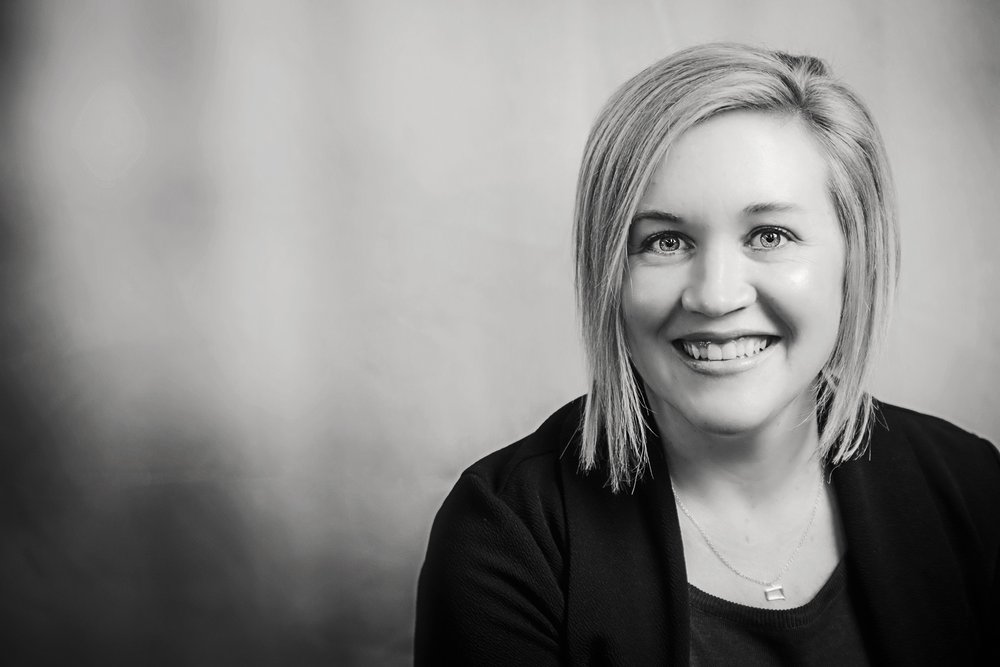 Kecia Beranek appreciates how Kessler’s not only provides a need to her community, but also has incorporated local culture and history. Photo credit: Kecia Beranek

“When people travel from city to city in South Dakota, Miller became known for the two steers on platforms near the intersection where Kessler’s resides,” Beranek said. “These steer statues were removed and restored in 2020. After they were restored, residents and travelers alike will notice when they drive through town now that one of these two steers is now part of the Kessler’s signage in front of their storefront. The fact that they incorporated the steer into their plans for new signage means that they understand the importance of our culture and our history.”

Dakota Resources’ mission is to connect capital and capacity to empower rural communities. Our Community Development Loan program, and specifically the Capital Investment Fund, provides the funding to assist local economic developers in getting projects done. Dakota Resources’ Director of Community Lending Terri LaBrie sees the impact that projects like this are helping create. “Helping the city of Miller and On Hand Development with the Kessler’s Grocery store project is very rewarding for our organization,” LaBrie said. “A grocery store is essential to the vitality of our rural communities, and we are thrilled we could be a part of the project. It is projects like this that help us work towards a thriving rural.”